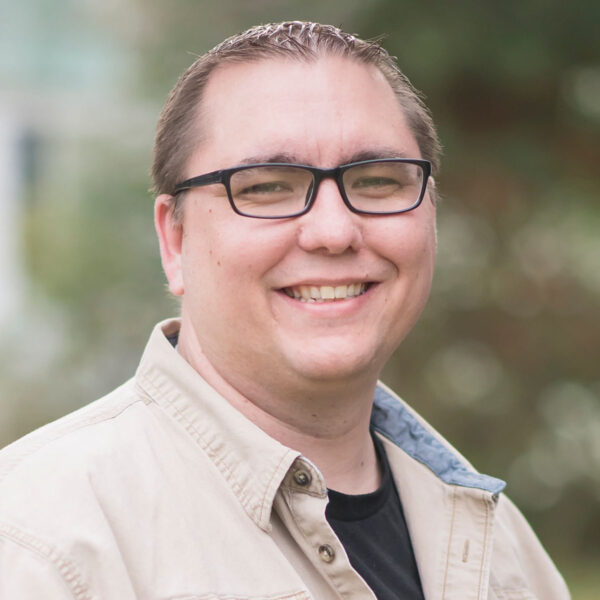 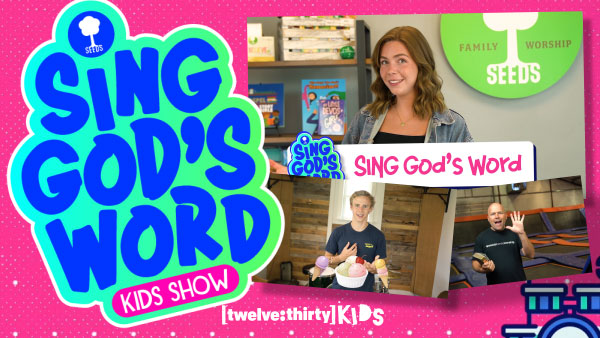 In our continued partnership with Seeds Family Worship, we have a huge announcement = We made a TV Show for Kids! This faith-filled show was made for one purpose: To help kids SING and KNOW God’s Word!  Each 30-minute episode is full of worship, an engaging devotional, a fun game... read more 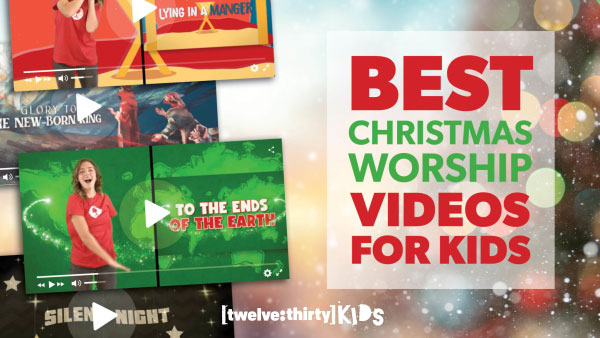 These are some of the very best Christmas worship videos for kids all in one place. Whether you’re using them for kids church, or just want your kids to watch them at home, we know you’ll love these worship videos. All of these songs and videos will help your church... read more 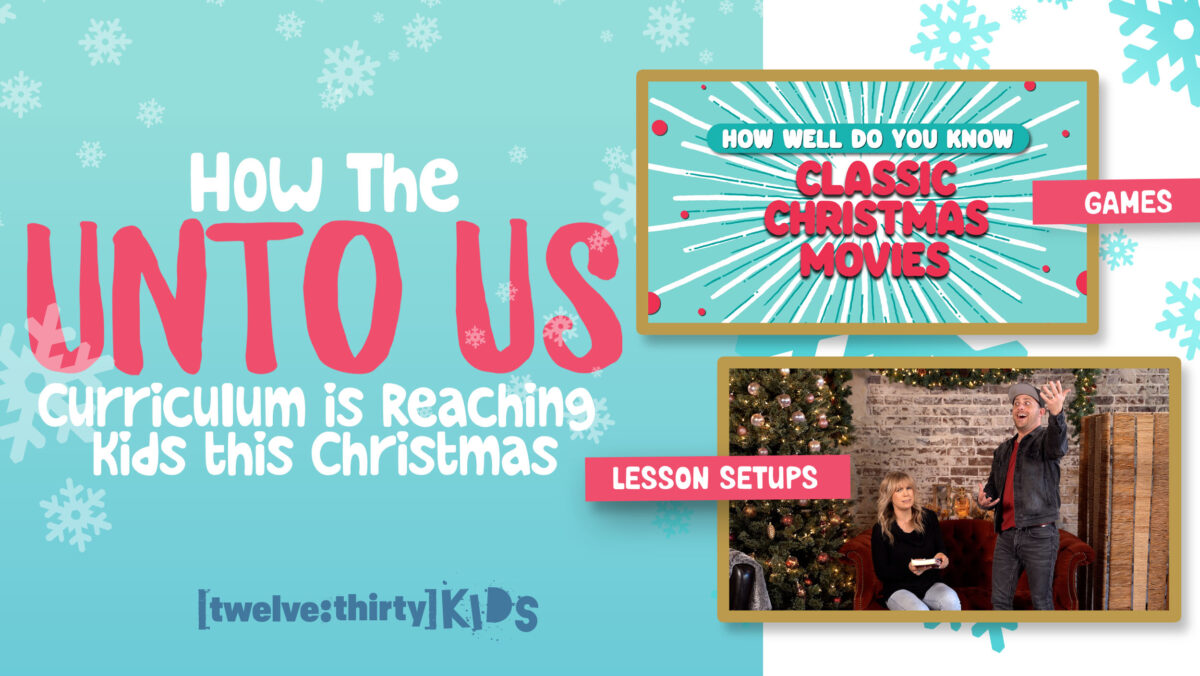 How UNTO US Curriculum is Reaching Kids this Christmas

You are busy. You are going to get even busier as Christmas approaches.   You need an excellent Curriculum for this Christmas that has everything already included; all you have to do is plug and play.   We’ve got you covered. Our team at 12:30 Kids has partnered with our... read more 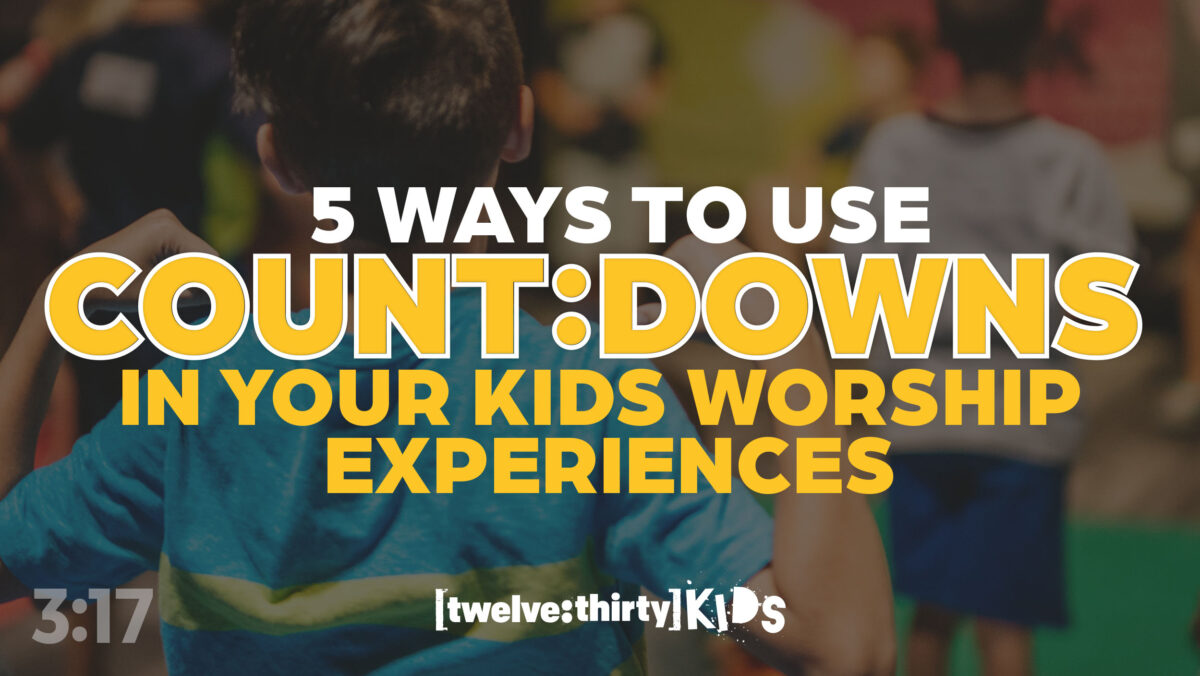 5 Ways to Use Countdowns in your Kids Worship Experiences 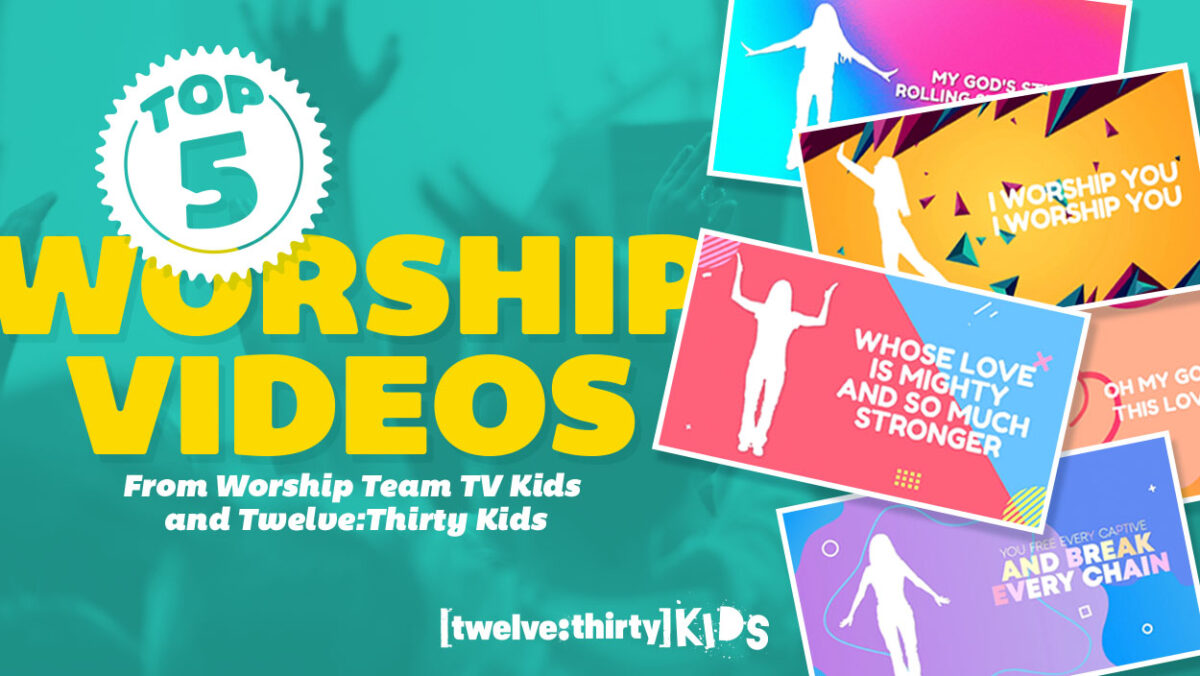 If you’re a Children’s Leader, I know that seeing your kids engage in worship through song is important to you.   I know that you have a huge desire to see kids come and grow in Christ and be discipled in their faith. That is our why in Kids Ministry.... read more 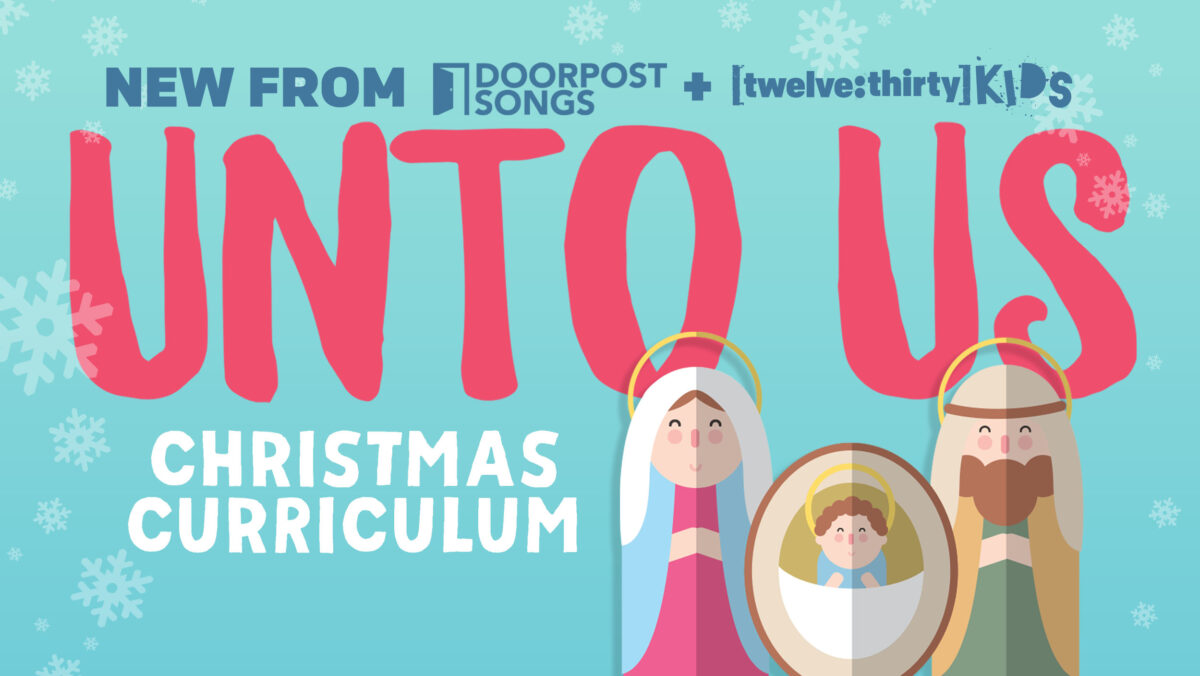 We are so excited to announce the launch of a brand new Christmas Curriculum we’ve been working on with Doorpost Songs. For years, Doorpost has been creating great music that reach kids with the Gospel. We have partnered together to expound on their UNTO US Christmas album to create a... read more 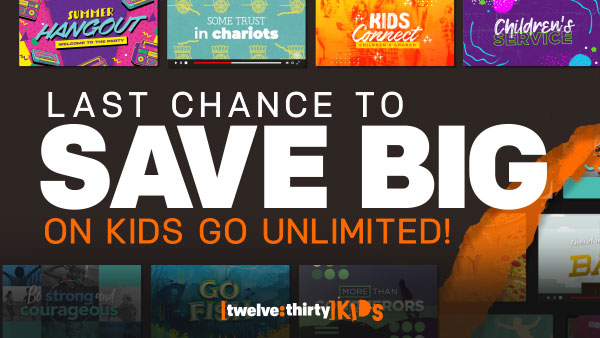 Last Chance to Save Big on Kids Go Unlimited!

Our heart at Twelve:Thirty is to help churches and ministries create Worship Experiences where lives are changed. We have created a full Ready-Made library of Kids Media designed to help you reach kids with the gospel of Jesus Christ. While you’ll always be able to purchase Kids Media a la... read more 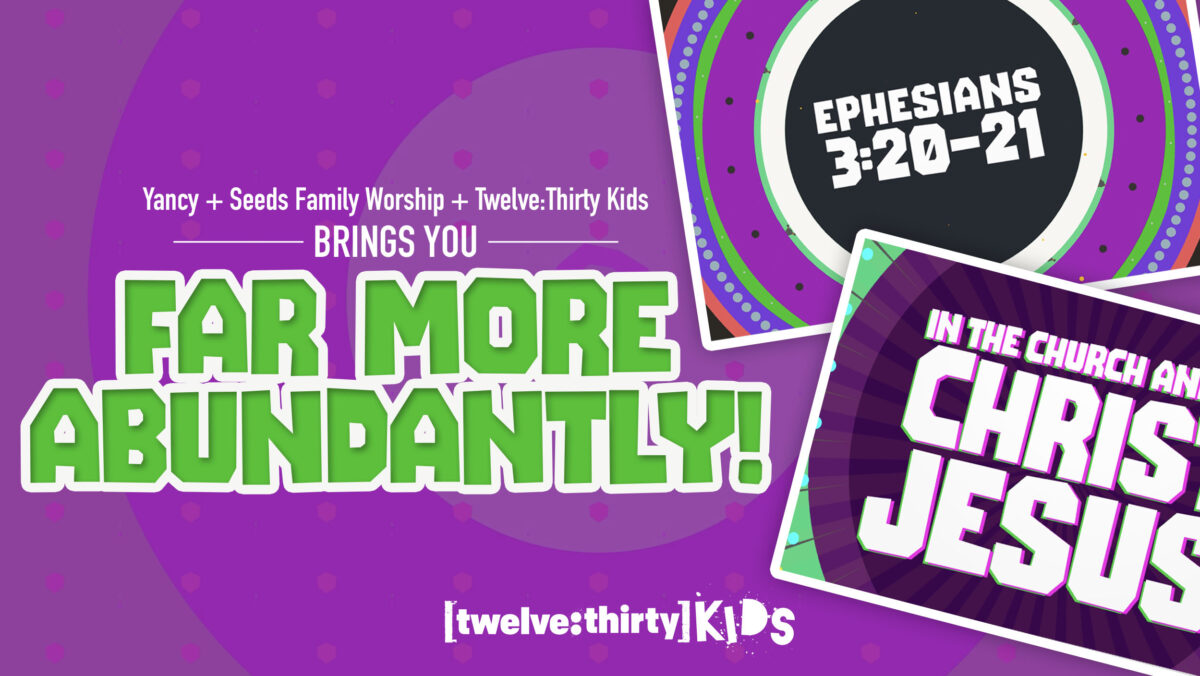 When the Seeds Family Worship Team shared on social media earlier this year that they were working on a collaboration with one of our favorite worship artists Yancy, they were overwhelmed by the response. This is a brand new song created by Yancy and Seeds creative leader Jason Houser. The... read more 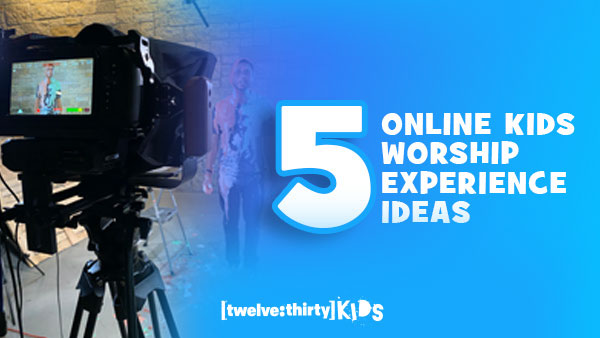 If you do not have the ability to create full scale videos for your kids, you might consider using videos from great Kids Ministries. Instead of piece-mealing videos you might find online, find a Curriculum you like and stay consistent. At Twelve:Thirty Media, we create Custom Media content for several... read more 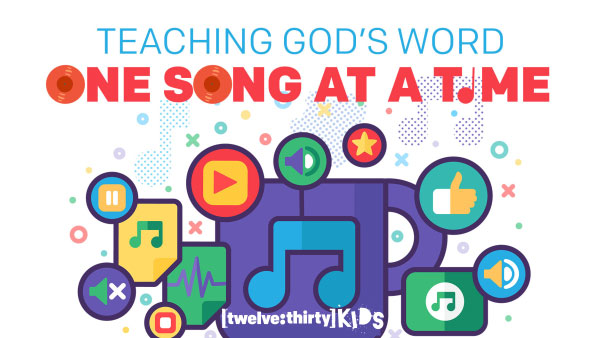 Teaching God’s Word, One Song at a Time

Music is powerful. If you’re like me, you can easily get a commercial jingle, a movie score, a TV theme song, or other tune stuck in your head and be humming or singing it all day. It can also be powerful in giving us words to praise our King and... read more 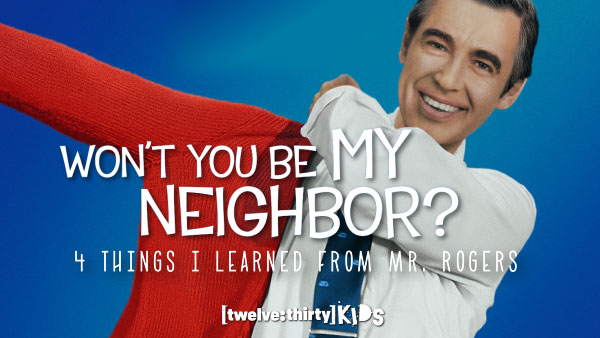 Won’t You Be My Neighbor? 4 Things I Learned from Mr. Rogers

In Columbia, SC, where I live, there is a small theater downtown called The Nickelodeon that shows obscure and independent films. Earlier this year, I visited ’The Nick’ one evening and attended a screening of the documentary film, “Won’t You Be My Neighbor?”, based on the life of Mr. Fred... read more 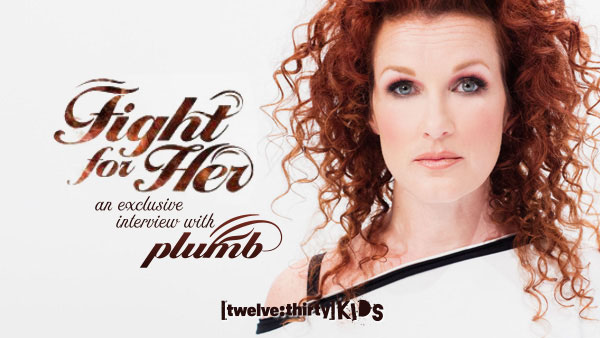 Fight for Her: An Exclusive Interview with Plumb

I recently had the opportunity to interview Dove Award-Winning recording artist Tiffany Lee, better known by her stage name Plumb. She is a songwriter, performer, and author. She has sold more than 500,000 albums and over two million singles worldwide, co-penned songs for numerous artists and has had music featured... read more