The Amazing Power of Memorizing Scripture Through Song

Ask me to list the Presidents of the United States and I can do so without hesitating and without missing a single one. Every single time. Sound like bragging? It’s not, I can’t take credit. You see, when my oldest son was in the 2nd grade, his school recorded a little song set to the tune of a nursery rhyme to help with memorizing the presidents. We let it play all the time, and guess what, I memorized them too, without even trying. And now that little tune runs in the background of my mind while I rattle off the Presidents with ease.

Most Christians believe memorizing Scripture is important. We’ve heard Psalm 119:11 and know it’s true when it says, “I have hidden your word in my heart that I might not sin against you.” The desire is there, but many struggles with the follow-through. That’s the reason Seeds Family Worship created Scripture memory songs. They make the act of memorizing Scripture easy, almost effortless. Just play a song regularly and before you know it, you’ve memorized the verse. With the almost 200 verses Seeds has set to song, you can easily memorize quite a bit of Scripture! How amazing would it be to quote 200 Bible verses? For those who simply listen to these songs, it will be no challenge.

Why is this? Why is music so powerful and effective when it comes to memorizing?

Our brains hang on to songs because they often become attached to emotion-filled memories. In contrast to a mundane list of facts, music and poetic lyrics are intended to stir the emotions and create memories. Just the other day I was in a meeting where the leader said, “We’re halfway there.” Though he merely meant to communicate that the meeting was half over, all I could think was “whoa-oh, livin’ on a prayer!” In an instant I was transported back to a lazy summer day in college, laying lakeside on a gravely beach with friends. I’ve never set out to memorize the lyrics to that song, but in a moment every word came rushing in. I made eye-contact with a few others, and the subtle nods communicated the shared experience and acknowledged that we were equally cool children of the 80s.

Memorizing is also easier when you connect ideas to a story. Think of how many songs you’ve heard that tell a mini-story. Tommy worked on the docks and Gina worked in a diner and they were poor, but they were in love, and just trying to get by and make an honest living, you know? But then they had challenges and… so the story goes on. Or maybe you also were caught up in the quest for Larry’s hairbrush, even though Junior rudely observed he has no hair. Then there’s the song that reminds me, even though I have always lived in a city, that a Country Road takes me home, especially if sung loudly during half-time at a football game.

Involve All The Senses

Memorization experts emphasize the importance of involving as many of the senses as possible: Sight, sound, touch, smell, and motion, the better. Write it down, say it out loud, do a little dance, create a silly little saying, add hand motions, connect it to memory, sing a song, and create a poem. I survived college by turning things I needed to memorize into little mnemonic devices or making some parts rhyme with something familiar. All of these approaches make memorizing easier. That’s why Seeds makes hand-motion videos.

There’s something else about music that makes memories stick in ways scientists don’t fully understand. Music and the memories connected with it seem deeper rooted than other memories and tend to last after others have faded. Alzheimer’s patients have had moments of restoration and clarity during and after listening to music, singing the lyrics of old songs when they struggle to say anything. I’ve heard stories of famous musicians struggling with Alzheimer’s, barely able to walk on stage or talk about anything, but as soon as the music starts, they fall right in, playing and singing like it was thirty years ago.

When I’m teaching to a large group and I quote a long Bible verse without hesitating, I feel like I’m cheating. Part of me wants to stop, come clean and say, “Hey I’m not that smart. I just listened to a song a bunch of times. And now that verse is stuck in my head.” 1 John 4:7-8 is a great example. I listened to that over and over again for a church program in middle school, and now that verse is in my brain forever. I’ll never forget that verse, nor the image of our youth director wearing a giant hymn book outfit and tights. And yet I’m still grateful.

The Power of Memorizing Scripture

If you want to memorize more Scripture, start by making it easy and simply listen to Seeds songs more often. I built a playlist on my phone of seven songs to focus on this year. Two of them are verses our kids are learning at their Christian school. Another is a character trait I want to emphasize in my life and theirs. I sometimes start the playlist in the morning as we’re getting ready for school and work. It’s amazing to watch the family walk out of the house humming a tune and even repeating the chorus without realizing it.

Build your own playlist or use one on a streaming platform (Apple Music, Spotify) or pick an album with a theme you want to work on. A great starting point is The Character of God. And let that play whenever you can. Life is hectic and hard enough. Let’s make it simple by letting the music do the hard work for you when it comes to memorizing Scripture. We want to help you see the power of memorizing scripture through music! 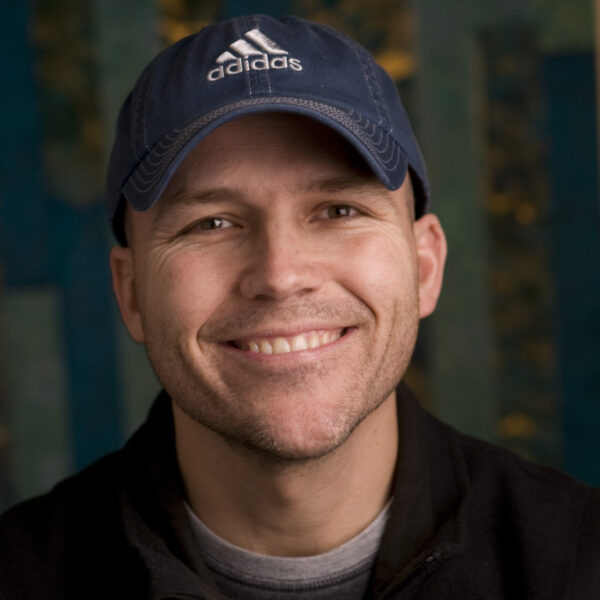 Jason Houser leads the Seeds Family Worship creative team in writing and recording Word-for-Word scripture worship songs. The ministry has created 10 albums and inspiring worship DVD’s to help families worship the Lord and learn His Word together. He recently co-wrote a parenting book called “Dedicated: Training Children To Trust and Follow Jesus”. Houser draws from his background as a songwriter and music publisher. He has co-written many influential songs, including the 2010 Grammy Nominated Christian song “The Motions” by Matthew West. He also co-wrote West’s Dove Award Nominated song #1 song “More,” and Joy William’s #1 single “Hide”. Houser loves to make music that challenges and inspires people to seek the Lord more deeply. He is passionate about helping families get into God’s Word and is committed to teaching children how to have an authentic walk with Jesus.